A visit to Greece had been on the cards for a while. Everything about the place fascinates me – the history, the architecture, the landscape and so on.

So what’s all the fuss about it? During my school years, we read about Greek mythology and how the Greeks helped shape the foundations of human civilisation as we know it. I’m also a big fan of Mamma Mia – I’ve lost count on how many times I watched that film just to see the Greek locations that were chosen (and of course, to sing along to each and every song). Since then, I made it my mission that someday I will pay a visit to this beautiful country, and I finally managed to book a trip last year with a couple of friends. 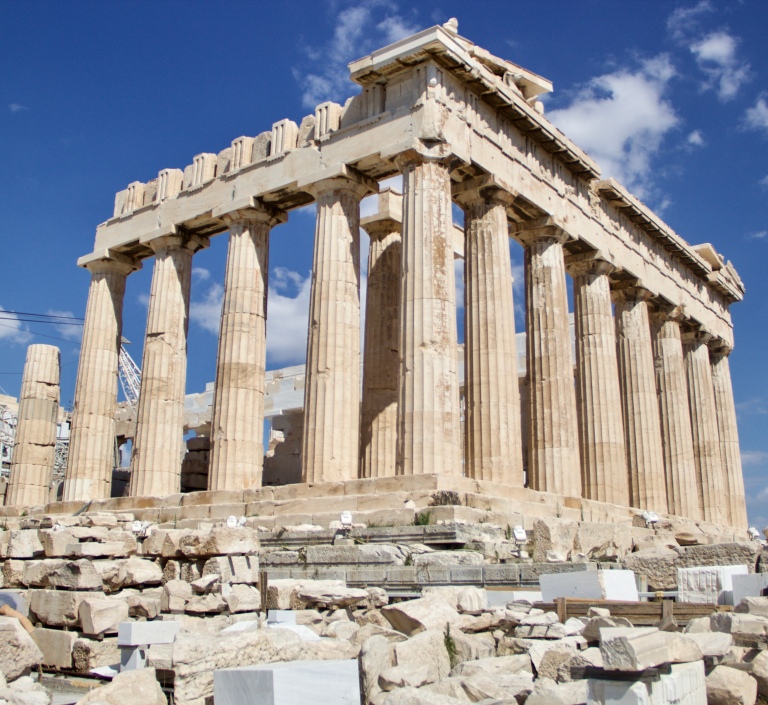 Right at the foot of the Acropolis is the Theatre of Dionysus – a theatre dedicated to the god of plays and wine.  In ancient Greece, this theatre was considered to be very important to the Greeks, since it was constructed during a time when theatre did not even exist yet. Major plays by Sophocles and Euripides amongst others, were performed as part of a cult festival of Dionysus during the 6th century BC.

Also built at the base of the Acropolis is the The Odeon of Herodes Atticus. Herodes Atticus was a great supporter of the arts and thus, he wanted to build this structure for artists to have their plays performed. In fact it is nowadays still used as a venue for the Athens Art Festival, concerts and plays. We made our way past other structures including the the Erechtheion and the Temple of Athena, leading up to the Parthenon. I could go on all day on how much I loved visiting the Acropolis – it truly feels as if you journeying back in time.

An area worth mentioning is one of Athens’ oldest neighbourhoods – the Plaka. Although it a commercialised area lined with jewellery shops, restaurants, cafes, it is one of the nicest areas in the city. I also spotted some street art – always a good thing to find whenever I’m travelling. 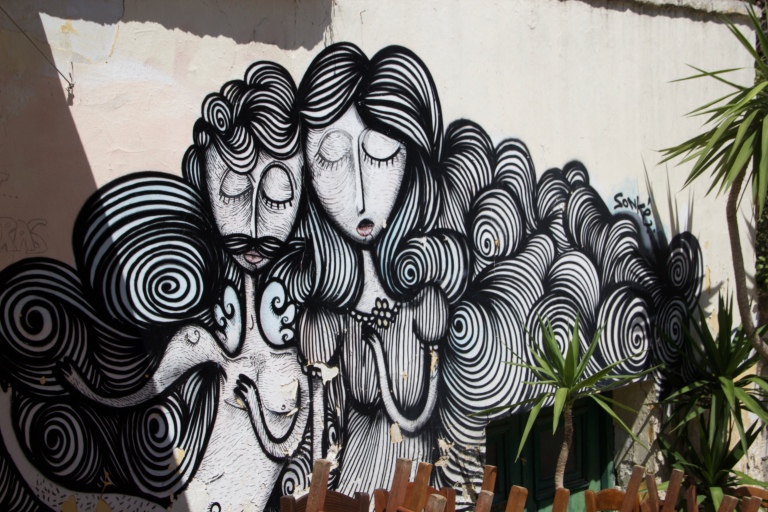 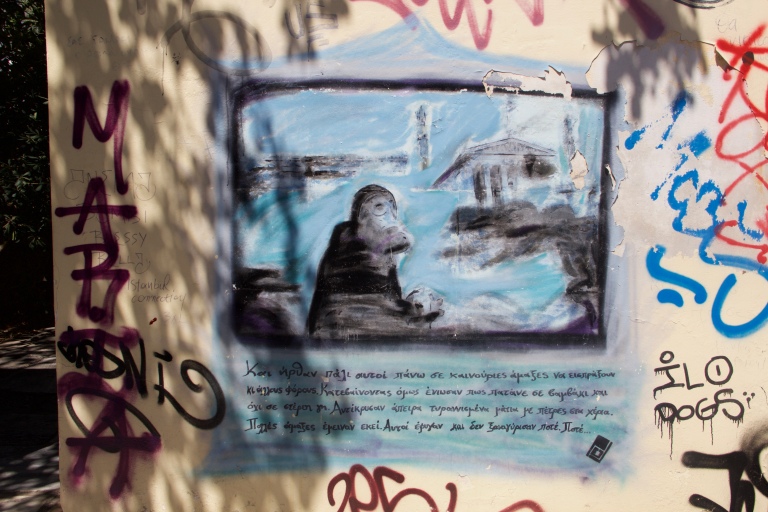 One thing I noticed during the trip is that everything is quite close to one another. Our Air BnB was situated in a neighbourhood called Thissio – very central to pretty much everything in the city. In fact, we could spot the Acropolis whenever we went down to the square for dinner or just to have a nose around the stalls that were set up. 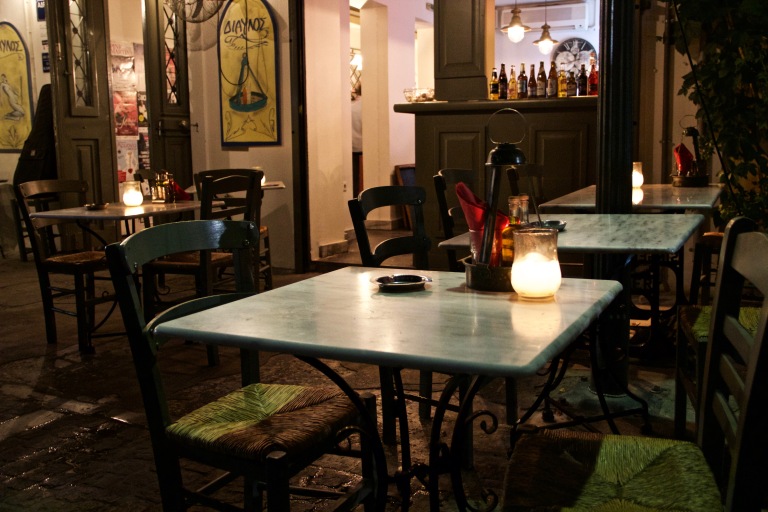 I found most neighbourhoods to be very alike as well – Monastiraki, is quite similar to both the Plaka and Thissio. Known for its mosaic-effect streets, and its flea markets, this place was truly a must see. There was also a variety of restaurants to choose from – being such a fussy eater, I was delighted that I loved the Greek delicacies that I tried out while I was there. If I had to pick a favourite dish, Moussaka is a winner, hands down. 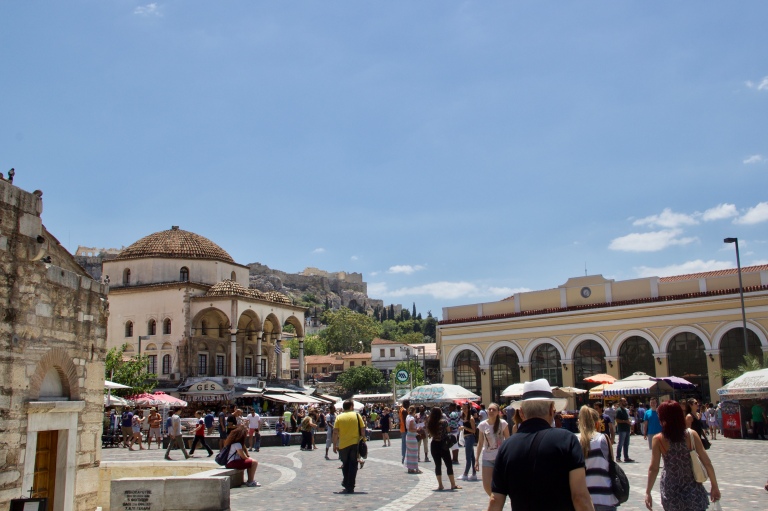 We also spent some time in Syntagma Square to pay a visit to the Panathenaic Stadium – another significant monument in Greece. This stadium was first erected on a racecourse in 300 BC and later In 144 AD, the stadium was then immaculately re-made entirely out of marble by Herodes Atticus. After being disused for many centuries, in 1869, this stadium hosted the first Modern Olympic Games and was also used as an Olympic venue in 2004. Nowadays, it is used to host concerts.

The Temple of Zeus is located only a few steps away from the Panathenaic Stadium. Greece is truly temple central! It’s a shame that by the time we made it there the temple was closed, but we could still get a good glimpse of it from behind the rails. 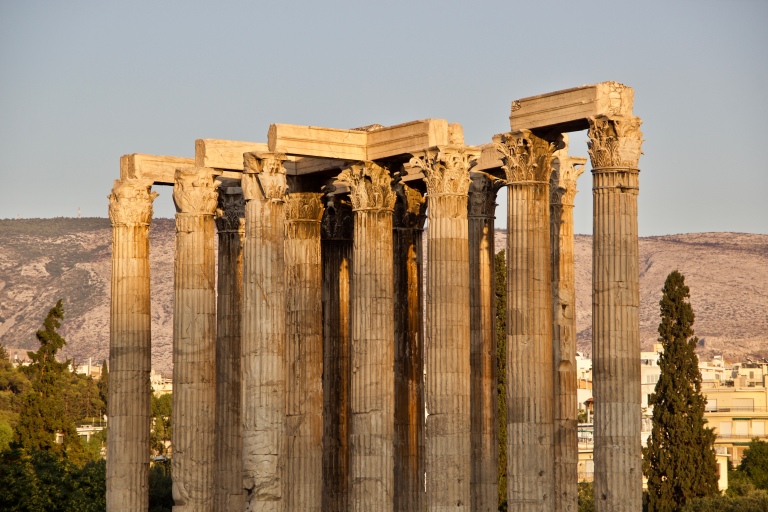 Just before it was time to head back to Malta, we made the effort of climbing up around 200 steps to watch the sunset on the highest point of Athens – Mount Lycabettus. This was the last thing I needed after five full days of travelling, but I have to admit it was worth the effort. The views up there were truly incredible! 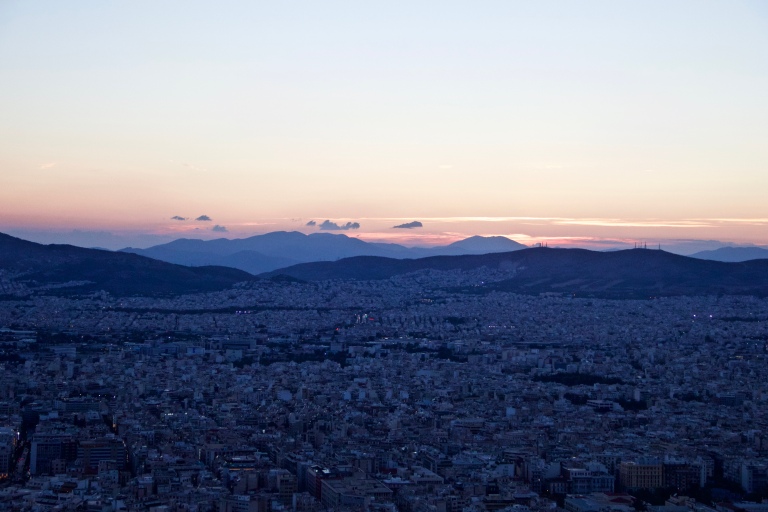 One thought on “ATHENS – GREECE”