Today’s photo diary is all about St. Anne’s Park; One of Dublin’s gems that is situated between two suburbs on the Northside, Clontarf and Raheny.

The park’s origins date back to Celtic Ireland and the beginning of the Christian period. During that time, it is said that St. Anne blessed a holy well and eventually pilgrims started to make their way to this area to pay their respects.

An interesting fact about the park is that it was once home to the Guinness family. In 1835, Benjamin Lee Guinness acquired lands to build a sophisticated 17th century Georgian house in Thornhill. He then decided it was appropriate to rename his new estate after St. Anne’s holy well.  Eventually, the Guinness family extended the land by acquiring more than 2 square kilometres.

In 1868, Benjamin Lee’s son Sir Arthur Guinness (Lord Ardilaun), inherited his father’s estate which was then transformed into an Italian Renaissance mansion. He planted oak and pine trees all over the mansion and also developed gardens. Additionally he was also responsible for building the follies, fortifications and bridges along the Naniken river. 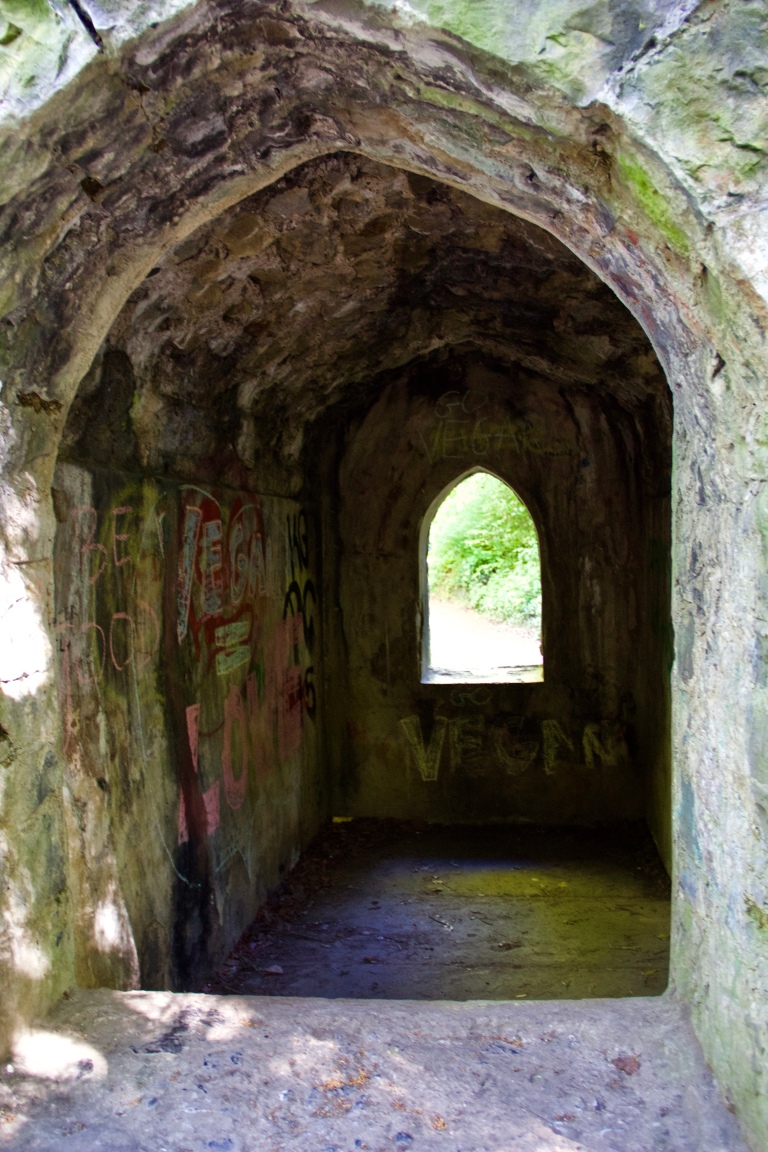 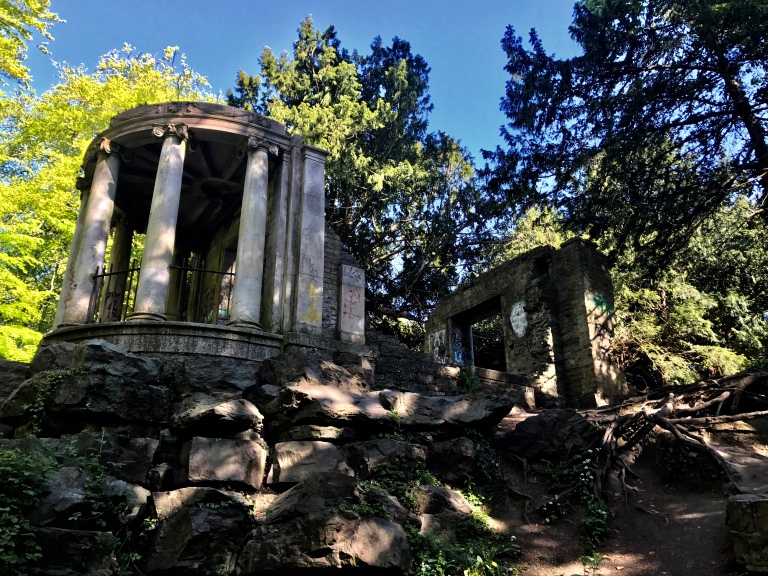 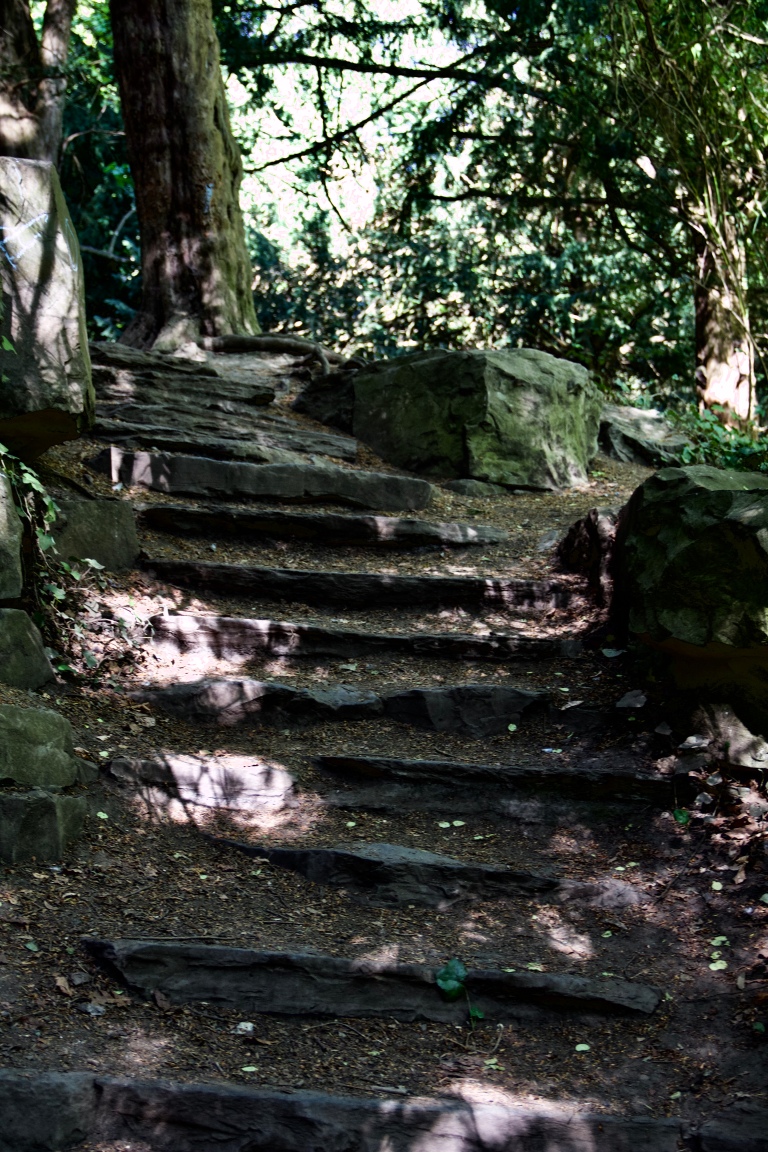 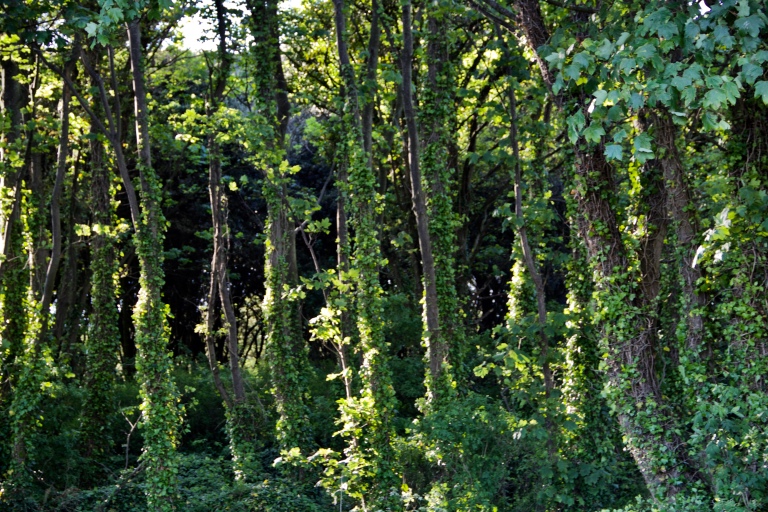 The estate was then passed on to Lord and Lady Ardilaun’s nephew, Bishop Plunkett during the 1920s. Nevertheless, by 1936 Plunkett couldn’t afford to pay the taxes due on his estate. His only option was to sell it, which he did, to the Dublin City Council, getting a mere £55,000 for over 2 square kilometres of land, including the buildings. Sadly, World War II left its mark on the exquisite mansion as it was destroyed by a fire and eventually had to be demolished.

Nowadays, the park is a popular spot with locals and visitors from all over the world. Some of features include the Walled and Rose Gardens, the Red Stables and the recreational areas which are used as playing fields. Furthermore, St. Anne’s is known for the follies that still remain from the time during which the estate was owned by the Guinness family. There are around ten follies, including the Herculean Temple, the Roman Style Tower and a Pompeian Water Temple of Isis. 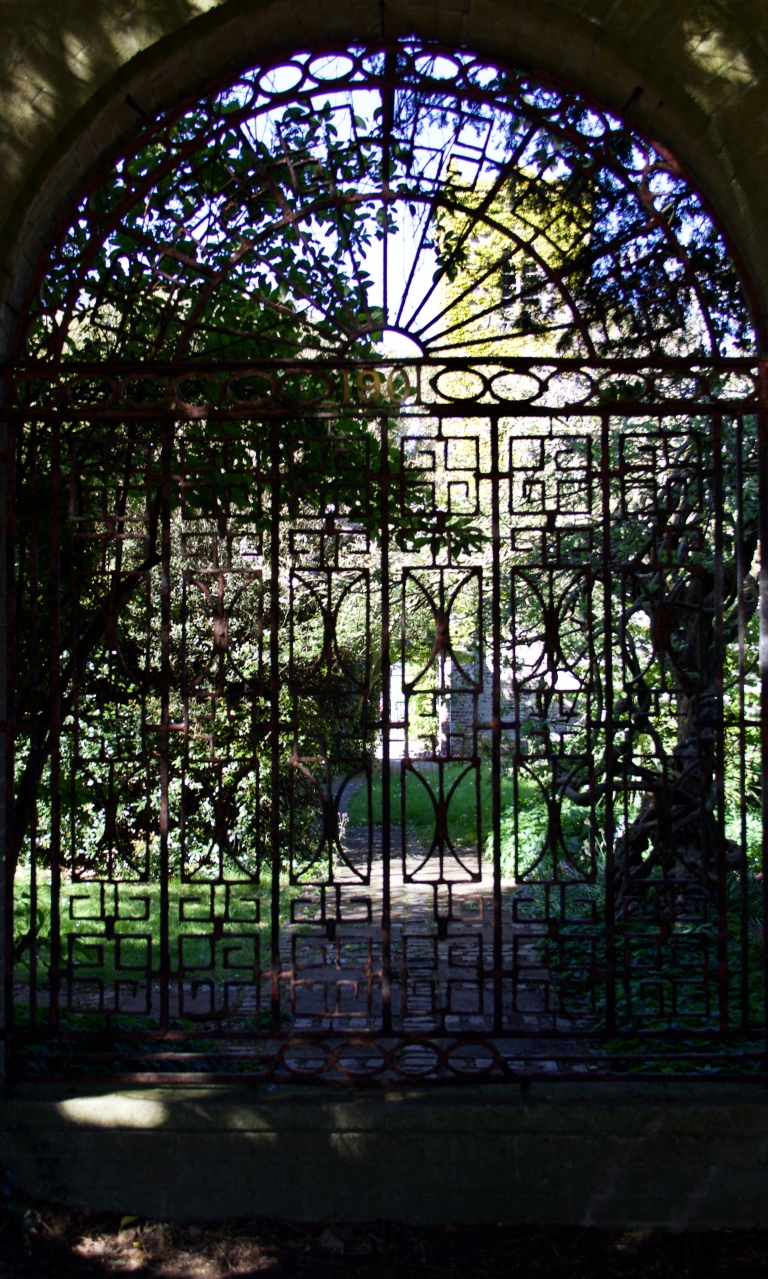 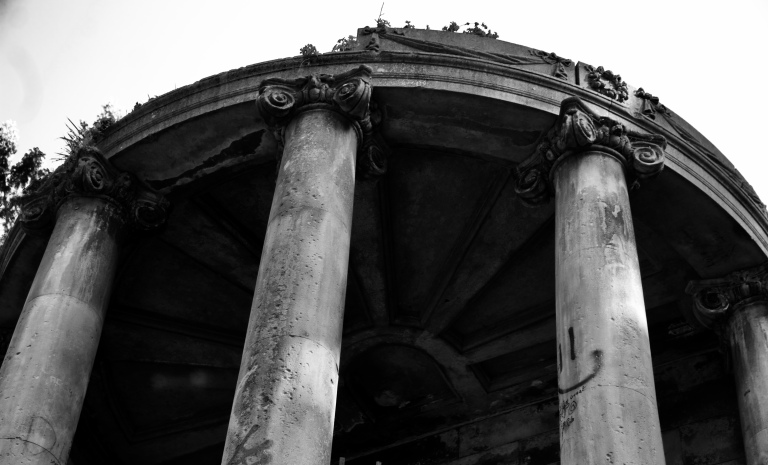 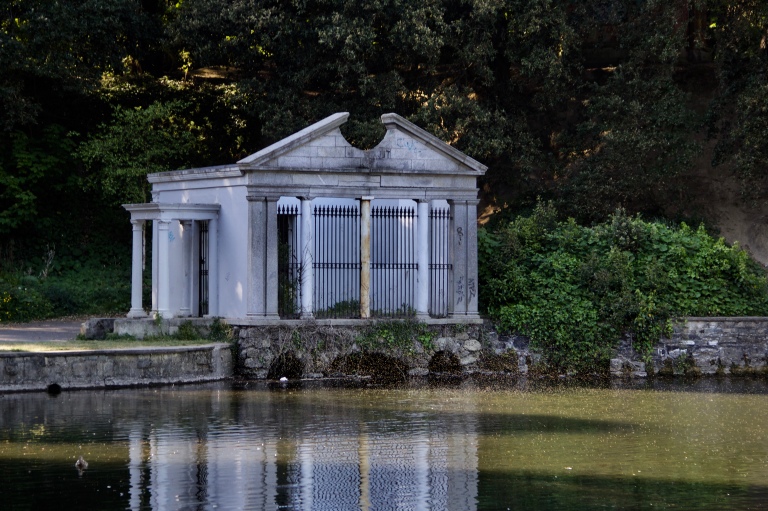 Another feature you can find in the park is a landmark tree on the Clontarf road. Sculptor Tommy Craggs was commissioned by the Dublin City Council to create a masterpiece after this Monterey Cypress tree had to be cut down for health and safety reasons. The sculpture illustrates a celebration of the biodiversity that can be found in the St. Anne’s park and Bull Island. 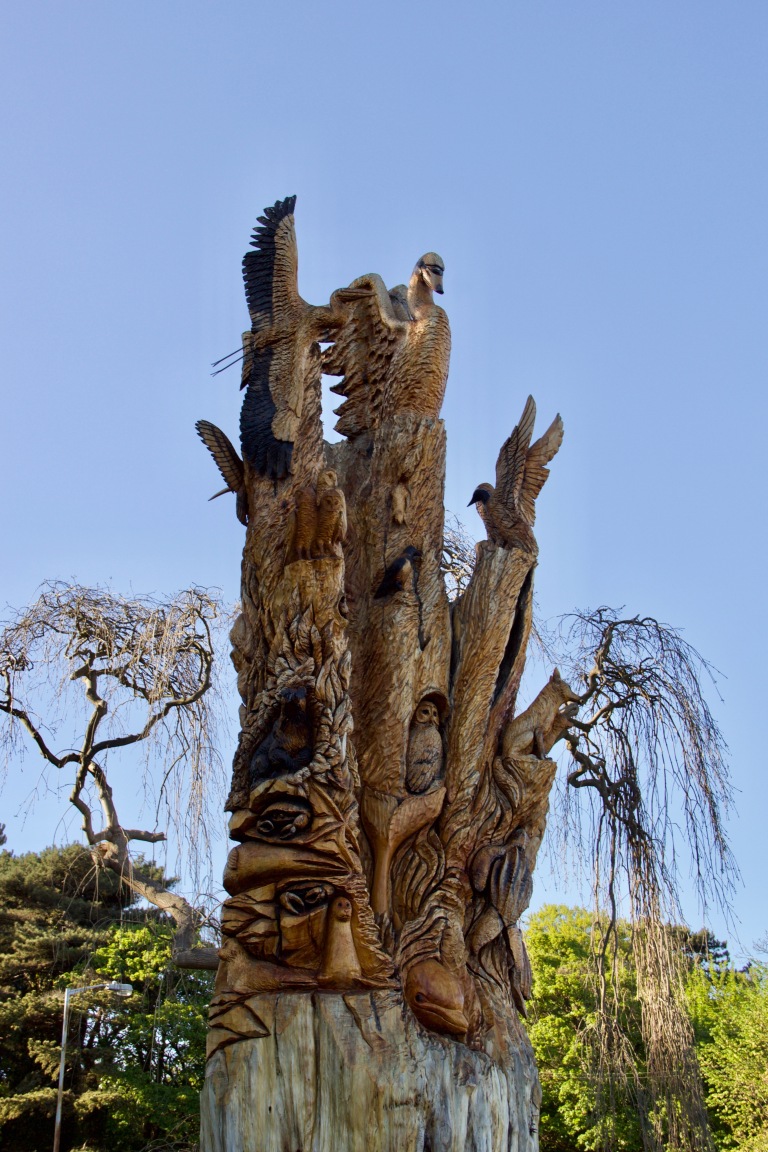 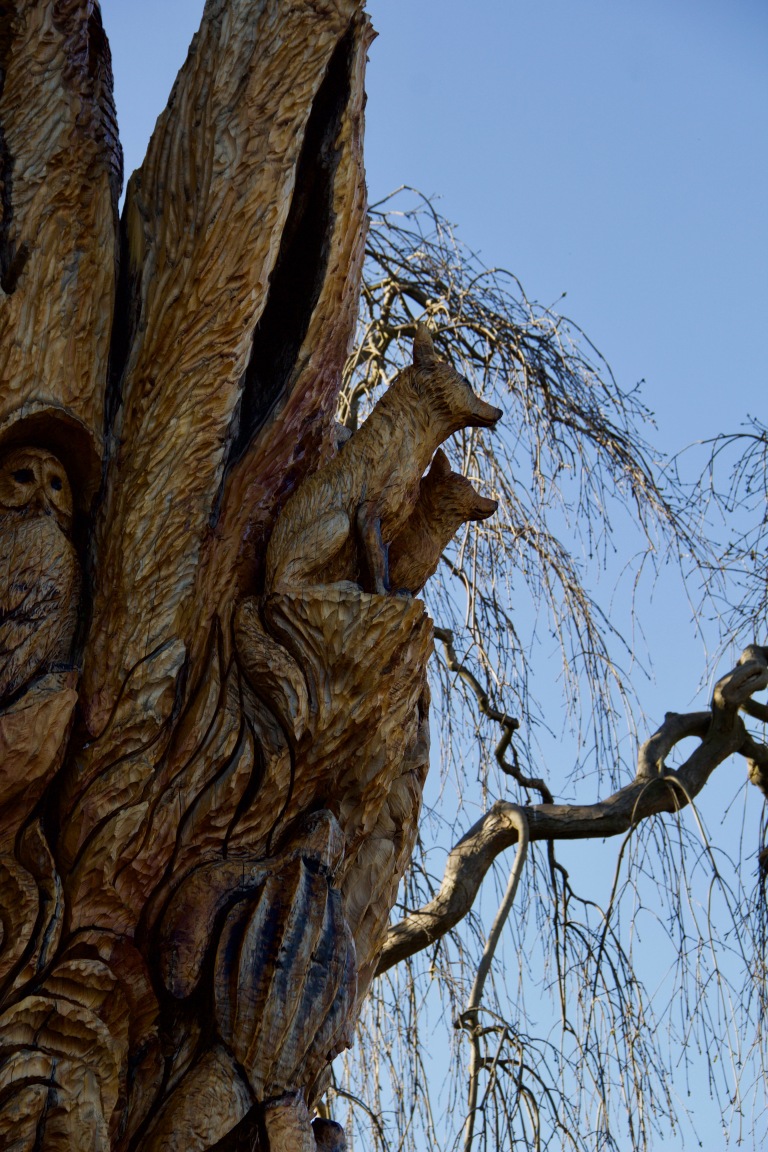 Especially if you haven’t had the chance to pay a visit to Dublin and spend a day at St. Anne’s park, the pictures speak for themselves once again.